Of the many water-powered industrial developments along the Concord River in the early 19th century, the gunpowder works of Oliver M. Whipple was one of the most extensive. Born in Wethersfield, Vermont, Whipple left his hometown at the age of 21 and reportedly walked to Boston with a bundle of clothes and $15 in cash. He stayed only a short while before moving to Southwick, Massachusetts, where he learned the art of making gunpowder. Whipple then relocated to East Chelmsford and joined a gunpowder manufacturing enterprise established by Moses Hale in 1818, on River Meadow Brook, about 200 feet below Gorham Street. Whipple worked first as a manger and soon after, became a partner. His marriage in 1821 to Sophronia Hale, a daughter of Moses, secured Whipple’s ties to the family’s business interests.

It was Whipple, backed by Tileston and David Hale, who constructed a much larger powder works on the Concord River in 1821, using the waterpower of the Concord River at Wamesit Falls. Whipple built a canal about 1,000 feet long, extending from the falls to the confluence of River Meadow Brook and the Concord River, and used the fall of 25 feet to power the works. When completed in 1822, the powder works contained a water-powered grinding mill, using cylindrical iron rolls, six feet in diameter, instead of pestles, to grind the powder. The new works employed 10 men who produced 300,000 pounds of blasting and gunpowder each year, which was loaded into 25 pound casks and sold under the name “Boston Gunpowder.”

From its earliest years, the powder works of Moses Hale and Whipple, Tileston & Hale, were extremely dangerous work places. One early morning in December 1820, a massive explosion at the River Meadow Brook works destroyed a number of structures and killed four workers, including two young brothers. The blast was heard some 30 miles away. Quickly rebuilt, this powder works caught fire and exploded just six months later, killing three more workers. Incredibly, six months later a fire in the drying house oven sparked another explosion, killing one Thomas Sullivan, blowing open doors of barns and dwellings in the vicinity of the works, and shattering numerous windows.

Despite this loss of life and property, Whipple and his associates reaped steady profits from the sale of their gunpowder. After David Hale ceased being a partner in 1826 and Tileston withdrew three years later, Whipple became the sole proprietor. Over the course of the 1830s he brought two brothers into the business. In 1833, he purchased gunpowder works on the Presumpscot River in Gorham, Maine, and placed one brother, Lucius Whipple, in charge of this plant. About five years later, Oliver Whipple acquired a waterpower site in Exeter, New Hampshire, on the Exeter River at King’s Falls, and established another gunpowder factory. Whipple also leased a warehouse in Salem, Massachusetts, for exporting the powder produced on the Concord River. Casks were transported by covered wagons, pulled by four to six horses, and delivered to the Salem “Powder House.” Whipple manufactured and sold enormous amounts of gunpowder, much of it for export. Some was even purchased by third parties and shipped to Africa as part of the triangular slave trade. While Whipple had no direct connection to slavery, his business indirectly connected him to it, but that was the case for nearly every business in pre-Civil War America due to the enourmous reach of slavery.

Disastrous explosions continued to wreak havoc at all three of Whipple’s powder mills, with one in Maine claiming seven lives, including James Whipple, a brother of Oliver, and Oliver G. Whipple, Oliver’s son. Yet another blast occurred in Lowell in early 1843 when Marhsall Kinsman and George Shedd, about to begin repairs in the “Press House” at eleven o’clock in the evening, accidentally ignited gunpowder dust with Kinsman’s lantern. The building splintered apart as it caught fire, showering the works with incendiary debris. Both men were hurled through the air and Shedd’s clothes were aflame. Remarkably neither man was killed and Shedd extinguished his burning clothing by rolling in the snow. About one-half hour later a second explosion rocked another mill building, in which gunpowder had recently been mixed, ignited by a burning piece of wood from the obliterated Press House. Although no one was killed from the second blast, a number of Whipple’s powder works buildings were severely damaged and he sustained a loss of $3,000. The nearest resident John G. Locke, whose Wamesit Cottage stood about 1,000 feet from the powder works, had all of the windows of his house shattered.

Suffering from ill health in 1855, Whipple discontinued the manufacture of gunpowder in Lowell and shipped some of the machinery to the powder works in Gorham, Maine. He hired as his agent Ephraim B. Patch, a prominent Lowell auctioneer and real estate speculator, who managed Whipple’s extensive industrial and residential properties. Patch played an important role in expanding manufacturing at Whipple’s mills.

By 1862 Patch had acquired property on both sides of the Concord River, thus securing for Whipple the exclusive rights to all of the water power at the Wamesit Falls. Patch then oversaw the expansion of the Whipple Canal by some 500 feet, along with the deepening (about six to eight feet) and widening (to 20 feet) of the entire waterway. These major improvements led to the construction of several new factory buildings during the Civil War, including the woolen mills of Chase & Hosford, Luther W. Faulkner, and Charles A. Stott. In 1865 Patch sold the entire Whipple property to the newly formed Wamesit Power Company, led by Benjamin F. Butler. Over the next several decades the Wamesit company would enlarge the mill district that Oliver Whipple had founded during the early years of Lowell’s development.

For many years Whipple was the largest individual taxpayer in the city, with his annual tax bill typically amounting to about $1,500, more than ten times the typical annual wage paid to a Lowell textile worker. Active in local politics Whipple helped draw up the original city charter and won election as an alderman when Lowell was first incorporated as a city in 1836. He later served four terms as a State Representative from Lowell and was among the few Democrats elected from the city that the Whig party dominated for nearly a generation. Whipple lived in a sizable, though unostentatious wood-frame dwelling, that he built on Whipple and Moore streets in the 1830s. He married three times (Sophronia Hale, 1821-1836; Julia Ann Wentworth, 1837-1843; Sarah Kinsman, 1844-1872) and had ten children. Whipple was also a founder of the Lowell Cemetery, located across from his works on the Concord River. He and his family members, as well as several of those killed at his mill, are buried there. He was President of Lowell Cemetery from 1841-1857. 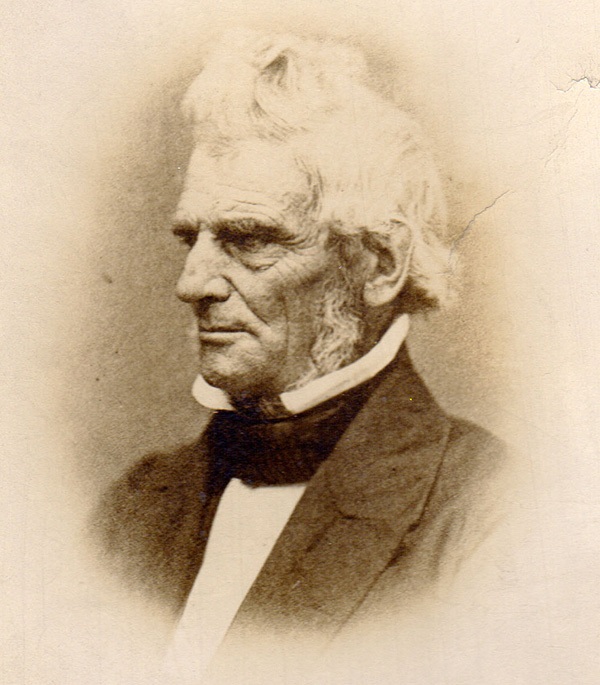 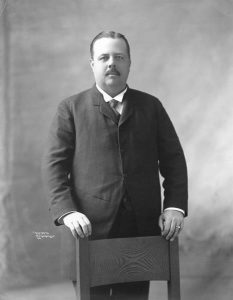 Charles Glidden began working at age 16 and quickly rose to positions of major importance in the telegraph and telephone ... View Bio 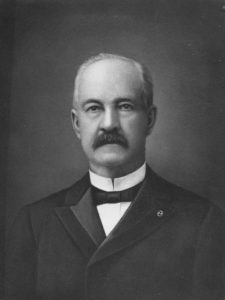 Dr. Moses Greeley Parker graduated from Harvard Medical School in 1864. After enlisting as an Army doctor, he served in ... View Bio 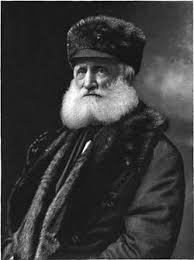 The monument of Frederick C. Ayer is the tallest monument in the Cemetery.  Frederick was the brother of James C ... View Bio 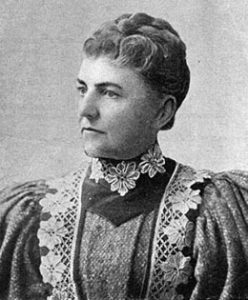 Helen Whittier was the first woman to a run a mill in Lowell. Her father, Moses Whittier, was an overseer ... View Bio
Back to All Notable People